Tonight I am in the palace hotel marveling at the crystal chandeliers; marble pillars; candelabras; and high, stained glass, arched ceiling. I sit in the corner of a comfortable, blue banquet couch; I touch it’s soft, yet strong fabric and notice golden rivets adorn the borders. I feel natural on this couch. I am wearing leather boots that I bought in Spain, and a long shawl. My hair is shiny and my makeup is soft. Looking at me, nobody would imagine that last week I slept in a friend’s van.

The waitress brings me Organic Emperor’s Jasmine tea in white set. The silver utensils are polished to perfection — I see the stained glass ceiling reflected in the curvature. A revolving tea strainer rests in the cup. It is so ingenious that I’m surprised I haven’t seen one before.

I love the grandeur and luxury of the hotel; the orchids and gold moldings; the yellow stone walls; the tall, mirrored doors. I would live in the Palace Hotel if I could. (I’ll start with one night — when I have the budget!)

Most of all, I love my longtime friend, Torin Martinez, who is finger picking his amplified acoustic guitar in the middle of the salon. Just a moment ago, he was improvising on the piano and singing — all while the guitar played harmony. The sound is rich and layered, and without looking, I’d think there were at least two or three people playing. But Torin performs solo; he uses pedals to record the guitar and then plays over the loop. With this technique, Torin turns himself into a one-man band.

And his voice — it’s silky and smooth like a fine chocolate.

Artistic patronage is as old as history, and Torin finds himself in a fruitful situation similar to many of the greatest artists (and glamsients!) of all time. Although he is not directly funded by a nobleman, the Palace Hotel supports Torin, allowing him the resources to pursue his own musical career composing and producing R&B and Hip-Hop.

If you’re in San Francisco, the palace hotel is worth a visit, especially when you can catch Torin play there every weekday from 5-9. 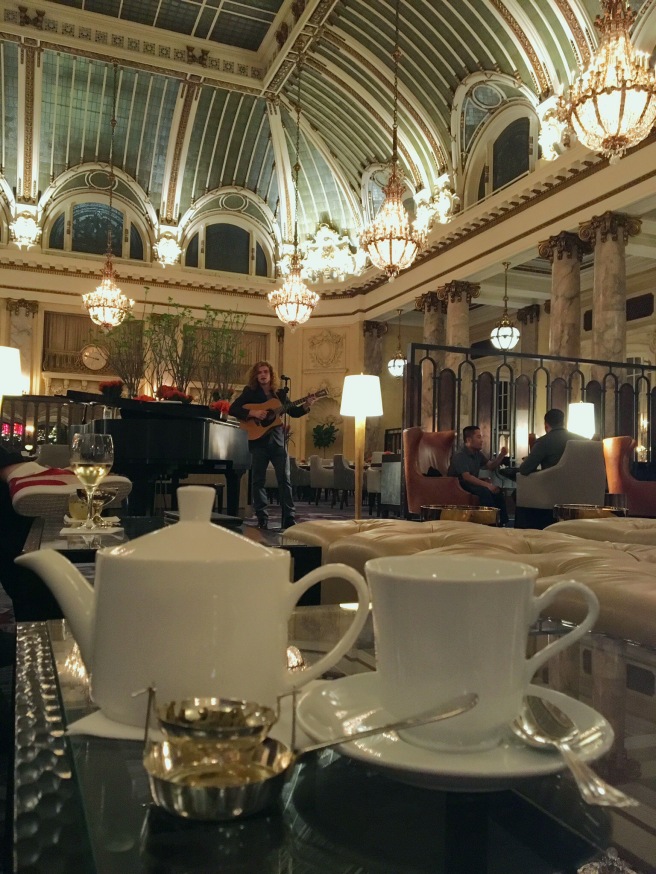 The most glamorous thing you can do is live the life your heart designs. 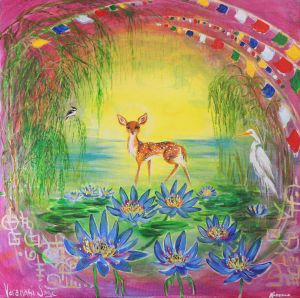 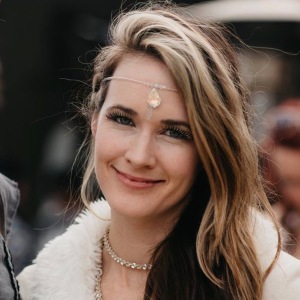 Welcome to Venice After Burn! Check out my art installation, Varanasi Sage, at the Venice regional burn last fall. In a week is unSCruz, and I’m excited to be reuniting with my art community. Burning Man has greatly influenced me as an artist by expanding my mind to what’s possible and my own capabilities. At Burning Man, everyone is an artist and all art is valid. For several years, I built sacred spaces, but then I started meeting installation artists who were just ordinary people, “amateurs” with a drive to make their vision a reality. That inspired me to create Varanasi Sage because anything is possible if only you believe! ✨ Making Varanasi Sage also allowed the companion booklet to come through me, an unrealized dream I had of creating a collection of Glamsient vignettes. All I needed was the installation to show me how. It’s not magic because it was a lot of hard work, but it certainly felt magical! ✨ I hope this inspires you to create something today!
On earth day, I am sharing a poem that I dedicate to PG&E for causing many recent, devastating fires in California with their defunct electrical equipment. They received tax payer money to update their equipment, but they spent it on executive bonuses instead. I also dedicate this poem to Gavin Newsom for not holding them accountable. Lastly, this poem is dedicated to the 25 corporations, mostly oil companies, that are responsible for climate change, knew it was happening for decades, and kept it a secret for their personal gains. Fires are a natural part of the ecosystem, but they no longer fit into the regenerative cycle because of climate change. Forests are not growing back and we are seeing a process of desertification in California. Bold action must be taken, and part of that is environmental reparations to hold earth-killing corporations accountable and make them stop!
In two weeks I’m taking my art installation, Varanasi Sage, to unSCruz, the Santa Cruz regional burn! The event and showing was originally planned for 2020, but we know what happened with that! In this picture, we were at last year’s Venice After Burn, the first burning man event in California since 2019, and it was incredible to be back with the community, music, art, and ethos. If you’re interested in the burning man culture, I highly recommend going to a regional burn! They are more intimate and way easier than the big burn, but still so fun and meaningful. ✨🔥✨ It’ll be strange to take to the piece without my right hand man, Tyson, but I’m stoked to have my friend @rita.q.castro coming as my crew member. It’ll be the first time I’ve had an all-female crew, and I know we’re going to rock it!
I am in love with salt and petals, gravel and clouds. A galaxy of miracles bring us together.